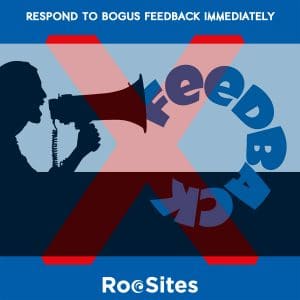 If you receive bogus feedback or criticism, respond ASAP!

This is especially true if that feedback is unfounded. As I always explain to my clients, always take the high road as this is the long run can turn a possible negative into a positive. [ see blog post entitled: How to deal with negative reviews ]

However, this past weekend I came across a comment on one of the social media sites I manage that was so wrong.  In fact, the commenter had this company confused with another one.

Now if this were true I would agree, and in truth I would’ve quit this company, No matter how much they paid me!

BUT, they had this company confused with an East Coast Company with franchises in California. My client is an independent company, with no franchises and only operates in Massachusetts. So this was just a case of confusion, perhaps the company had a name similar or something like that, I never did find out.

So I responded to her that we are not in California and don’t have franchises anywhere. She went in and deleted her comment, and there was no damage done to the company’s reputation.

Now what if I had ignored this comment, as many companies seem to do on social media?

The company would’ve faced the possibility of this goes viral and then losing tons of business. At that point he probably would’ve reacted, but they may have done irreversible damage the reputation, and even faced going out of business for something he did not do.

Can you imagine working so hard to build your business and having it torn down by a viral comment about something you did not do?

The problem with the age in which we live in, is people immediately respond to things on social media. Once something is out there, it’s out there for good. So if you don’t respond to them quickly, you really face an uncertain future. Because your reputation is something you can’t get back once tarnished. This is your most valuable asset and you must do everything you can to protect it.

So as I said, respond to comments as soon as possible. Now, this was over the weekend and it’s not always possible to be at your computer or even your smartphone 24/7. This is why it helps to have another set of eyes and ears paying attention to your social media and web properties.

This is why I always stress to use a quality website management company. So, in the event you miss one of these horrible, mistaken comments, there is somebody else that may pick up the ball and run with it and save your business. 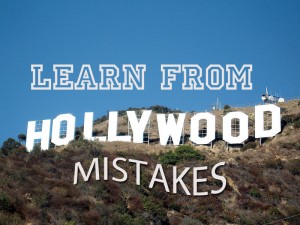