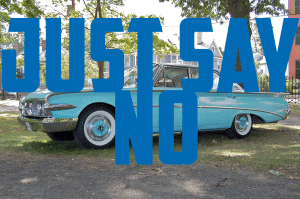 When you are in business, pleasing customers is job one.  We all know this, right?.  But is it ever ok to say no to a project that someone is willing to pay for?

I say yes if a client is asking you to something you know will fail.

Granted, I am not the arbiter of all things web, but some things I know will fail. I know as sure as I know the sun will rise in the morning.  I recently ran into this very situation.  Someone I have known for a while wanted to modernize their site.  I won’t go into specifics as my goal is not to insult the man.  Lets just say the idea wasn’t good 10 years ago and has even less value today.  Much less….

I don’t like to insult people but if I am hired for my expertise, I need to operate with a my conscious in tow. That is, it is my job to ask the question, what value does this add, can this succeed?  In my case I try to steer people in a direction which will be more profitable. In the situation I mentioned, I did propose an alternative, one that I think would work better and actually have a chance to make money.

I think I hurt the guys feelings, as I got a terse response back and don’t imagine I will be hearing back from him, probably ever.  Though I sincerely felt bad, I know I did the right thing trying to save him from himself.  As I said earlier I can’t go into details.  Lets just say if I called you up an ask if you wanted to invest in the Edsel, what would you say? Or how about a dial up internet service?  (no, neither were his idea, but it is almost as bad) Worse, he wanted to try and sell something you can get for free. (No, not that ;))

One things is guaranteed, he will find someone to take on the project, no matter how poor the idea is. His money is green and not every web company will be as honest as I try to be. Also some feel it isn’t their place to tell a potential their idea is bad no matter how asinine. I disagree.

While I am a for profit entity, I thinks grabbing the quick payday is a poor strategy as your clients fail and repeat business is not coming your way or are referrals.  I think my strategy works, as I have a 98% client retention rate.